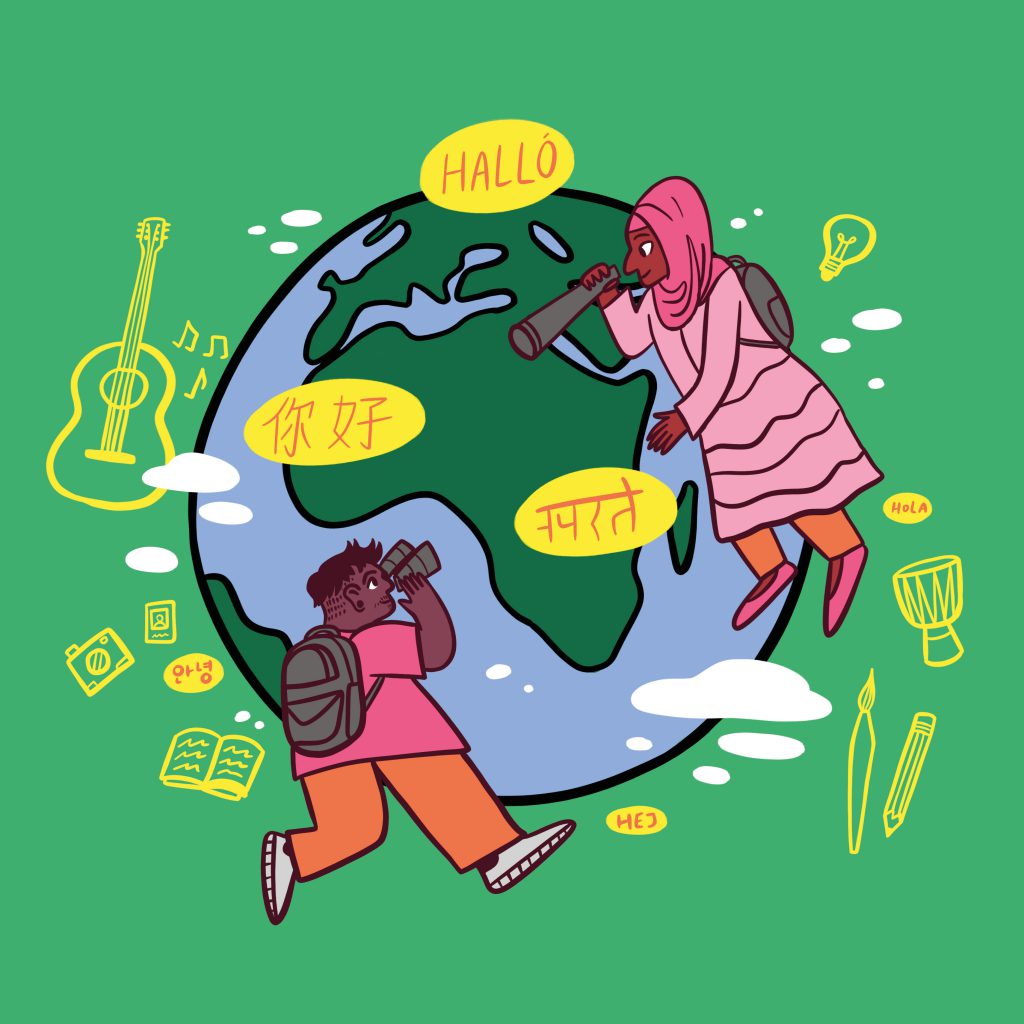 Get Tickets Opens in a new window→

What might experiences from community-rooted work around the world teach us about creative projects here in Scotland?

For this, the third in our Culture Collective ‘International Perspectives’ series, we will be joined by Egyptian arts producer and community activist Heba el-Cheikh. Chaired by François Matarasso, the event will explore Heba’s experiences of working ‘in the margins’, mobilising informal communities of interest, and making projects work against the odds.

This event will be presented in English, Zoom auto captioned and British Sign Language (BSL) interpreted; an edited recording of the event will be made available via this page after the event.

Heba El Cheikh is the co-founder and managing director of Mahatat – a contemporary art social enterprise based in Cairo that aims to unleash inspiration and creativity, spread joy and entertainment, and expand the pool of professional artists working in the outdoor art disciplines. She is considered one of the important international experts on participatory art concepts in the Arab world. Through making art in public spaces, and with a range of different communities, her work aims to set democratization processes in motion. Since its founding in 2011, Mahatat has become a model for participatory art practice on an international level.

You can learn more about Heba and her work via her website.

The conversation will be Chaired by François Matarasso – community artist, writer and consultant, and author of A Restless Art – How participation won, and why it matters. In that book, François wrote about Heba’s work:

“In 2017, Heba and her colleagues began working in the Cairo neighbourhood of Ezbet Khairallah, known for its hard-working craftsmen and close-knit community. Their first initiative responded to local skills, through the design and construction of sculptural street installations, but it became evident that this did not meet a real need. It did open local debate though and led to the idea of building a small open-air theatre on a hillside overlooking the city, a place where the community could share and celebrate its own culture. With a design (by architect Samir El Kordy) agreed, construction happened quickly with lots of willing hands. Stage and backdrop are made of timber, with fittings for stage lights to be brought in as needed. Masrah El Ezba (the Village Theatre) saw its first performance on 17 October 2017, with traditional dance and music, hip-hop, circus and popular music by the neighbourhood’s young talents. The ‘auditorium’— standing room only—was packed, and people watched from nearby buildings and rooftops. Through such mutually respectful participatory art, groups like Mahatat help protect an open, inclusive cultural space in Egypt. Experiences such as these represent some of the more valuable participatory art work now being made” (A Restless Art – How participation won, and why it matters, 2019).

About the International Perspectives series

An occasional series throughout 2022 (and beyond?), the International Perspectives series will introduce organisations and practitioners working in community-led creative projects across the world. Featuring performance, discussion and open Q&A, these events aim to widen our perspectives and introduce new approaches to community, creativity and social change.

← Prev
ious
Back
to Events